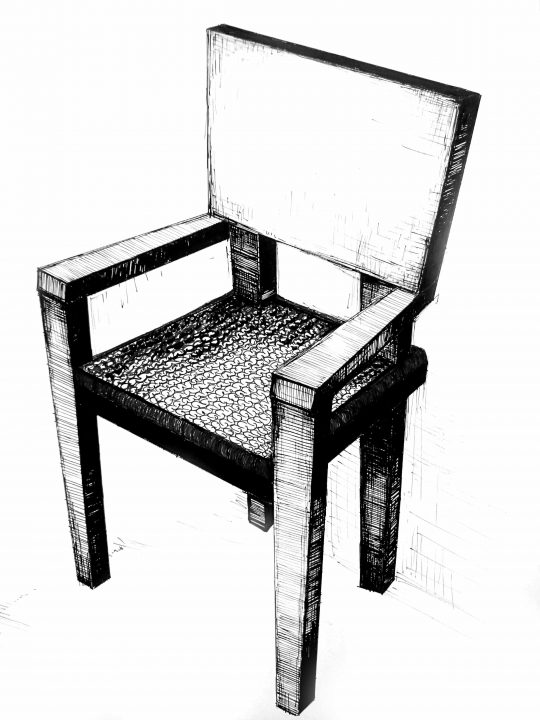 The chair made of old pine wood. The seat upholstered with natural jute. 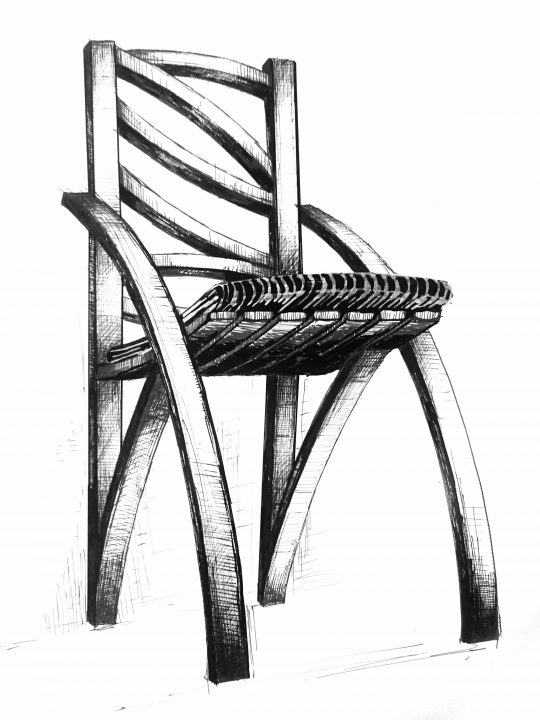 The chair made of barrel elements. The seat upholstered. The chair structure exposes curvatures of barrel staves. 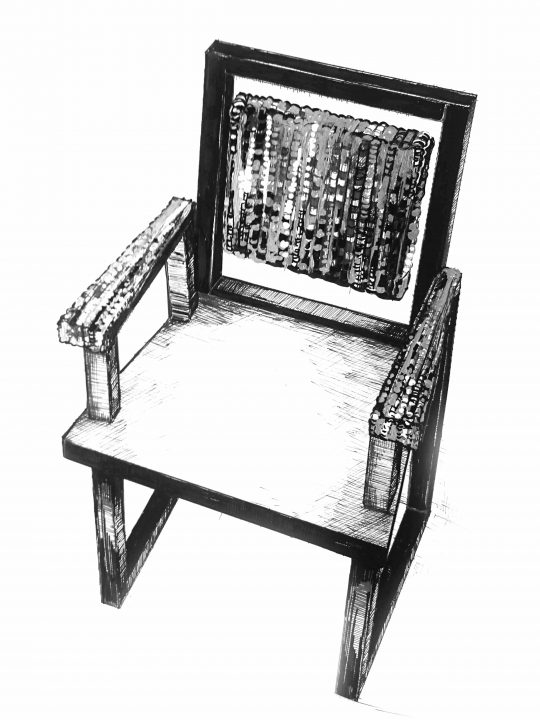 The throne-like chair made of old oak wood. Upholstery is natural – made of jute. The back cushion held by thin metal rods. 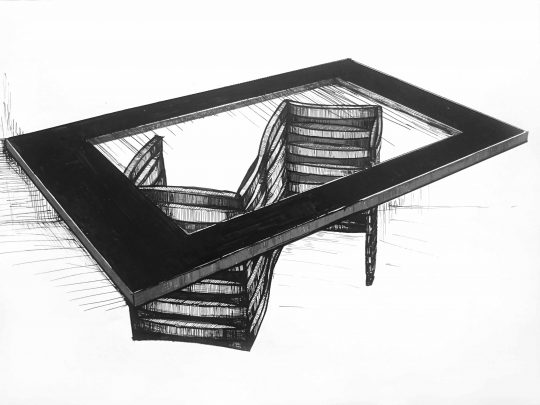 The table top made of barrel lids of 2×1 m. The glass window of 1.5×0.6 m fixed inside the top. The table base made of alternating barrel staves; two open crate structures. 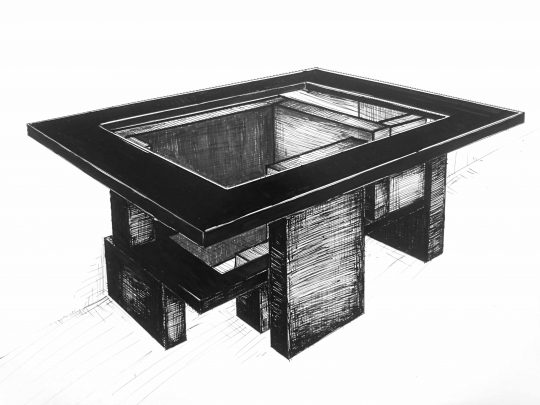 The table made of asymmetrically arranged old pine rafters which resemble an urban development plan or a maze. The table has two tops – the main one of 2×1 m and the bottom one of 1.5×0.7 m. Both tops are made of old oak wood. Glass windows are fixed inside them. 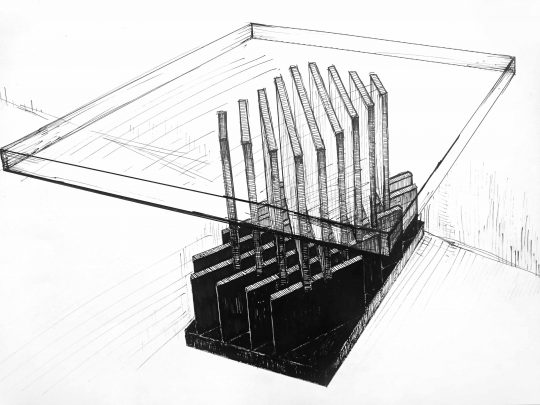 An arrangement of 18 tops made of old wood. The tops are set vertically and fixed perpendicularly to each other to form a filter-like structure. They are 2 cm thick. They differ in surface, the largest top covers 70 cm2, while the smallest one – 30 cm2. The table base is a 10 cm-thick horizontal top to which the entire structure is fixed. The main top is 2 cm-thick square glass of 1.5×1.5 m. 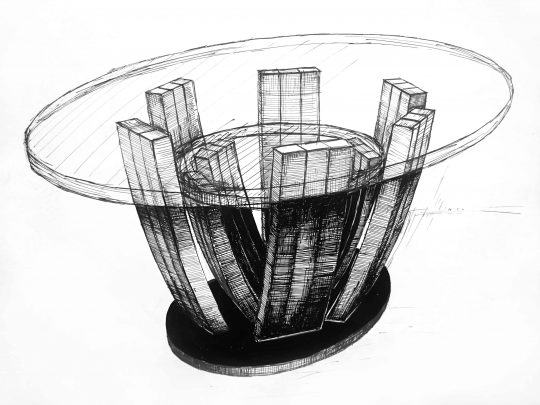 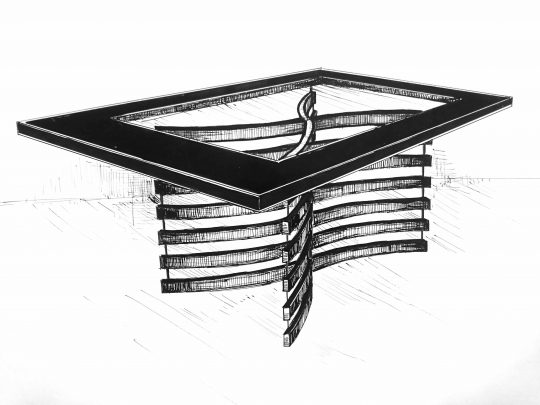 The propeller-like base made of barrel staves resembling a propeller. The square top is made of barrel lids. Glass is fixed inside it. The top of 150×150 cm. The table is 75 cm high. 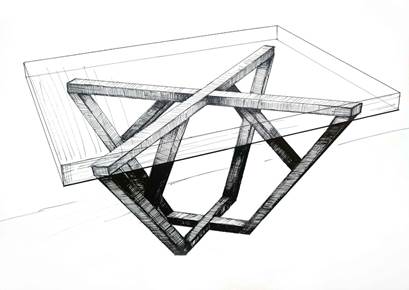 The top made of 15 mm-thick square glass of 1.5×1.5 m. The table base is made of old rafters forming a trapezoid duo.